Back in April, the Volusia County Council directed Beach Safety and Animal Control staff to return to alternative locations for dogs to access the beach.

During Tuesday's meeting, the Beach Safety and Animal Control Divisions came to the council with four options:

-         Dogs would be allowed an area between Bicentennial Park and Al Weeks North Shore Park.

-         Dogs would be allowed an area between ISB and the north end of the Boardwalk.

Additional considerations included trial periods and set times that the dogs would be allowed on the beach, but the council vetoed all potential changes to the beach code. 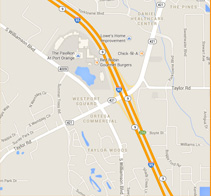